I can’t believe the Mother of All Relays is over for another year. I had an amazing time with a group of dedicated runners. The event was full of energy, as always. And I have memories I can cherish forever.

A new experience this year, I was in Van 2 for the first time. I loved being able to sleep in on Friday morning. Even though van 1 flew off the mountain and put us an hour ahead of schedule right away. We made it to the first major exchange on time – and ready to race.

Running in Van 2 was overall pretty great, but the exchanges seemed more backed than when I ran in Van 1. We had such a hard time getting our runners to the exchanges on time during our second legs. Almost every runner had to bail from the van and run a good half a mile to reach the handoff on time. I’m not sure if that’s a normal occurrence with van 2, or if it was something special with this year.

I had the pleasure of running Highway 47 through Vernonia in the dark, early crispness of Saturday morning. It was my favorite run of the entire relay. It was so peaceful. The air was slightly misty and cool. Being from the coast, this is how most of my normal training runs are spent, so it felt like home.

In fact, the weather was perfect! Nice and cool, and the wildfire smoke had cleared just in time. When I ran back in 2016 we had to deal with temps in the 90’s. That was a challenge. I couldn’t have asked for better weather this year.

Regardless of the cool temps, my last leg was the worst. I was so tired and sluggish. I managed approximately 2.5 hours of sleep for the duration, and I was absolutely feeling it for my last 7-mile run. At mile 3.5 an angel showed up to talk me through a tough mile. I don’t think I got her name, but she helped me get over some seriously negative feelings. Whoever she was, I thank her! I had to let her go on ahead of me as my legs got heavier and heavier. I just couldn’t talk and run at the same time anymore.

With 1.5 miles to go my hips ached and I was having a hard time picking up my feet. Naturally, I tripped over a rock and planted hard on the gravel path. And of course, there was a pack of runners behind me that witnessed the entire thing. I pulled myself up, used my water to wash off most of the blood, and stumbled through the last of the run. That was one of the hardest runs I’ve ever completed, and I managed to rip a hole in the knee of my favorite capris. All of the lost training time from my tendonitis became apparent on that long stretch of trail.

Even though I blew that last leg and my training was sub-par this year, our team finished around 2 hours ahead of our estimated finish time. Everyone dug deep and ran really well. I’m so thankful we had such a group of strong, funny, gracious, women.

One of the greatest things about Hood to Coast is the encouragement from other runners. You really feel part of the community while you are conquering something tough together. I love hearing “You got this, Runner!” or “Looking good, Runner!” from others, and I love saying the same to people I see. It feels great.

It’s been two days and I still haven’t caught up on the sleep I lost. I feel perpetually foggy-headed, but also deliriously happy. Nothing makes me feel so content and full of good vibes as a big chunk of running.

The only inconvenient aspect of the race (other than the bottlenecked exchanges mentioned above) were the honey buckets weren’t as clean as they usually are. I remember being impressed by the frequency they were cleaned back in 2016. However, this year they were full and out of toilet paper most of the time.

The afterparty was great, as always. I was hoping to make it to the beer garden this year – something I missed in 2016. But by the time we had taken our team pictures,, it was starting to rain, and I just wanted to get home, get a shower, and go to bed. It has been a long time since I’ve been that exhausted. So happy, but very exhausted.

If I could run Hood to Coast every single year, I would. If I was only allowed one race a year this relay would be it. There is nothing but energy and fun every step of the way. And the bonds you make with your van mates is something you can never quite explain to those who haven’t been there. You can’t share all of those hours, pains and emotions, snacks, medicine and KT Tape, and “too much information” stories, nor the horrible smells with someone and not come out closer to them by the end.

So here is to all the Hood to Coasters out there. You accomplished something tough and grueling. You did it, and you are remarkable! And a huge thank you to my best running buddy, Sara, for uniting the Lady Storm Squad! 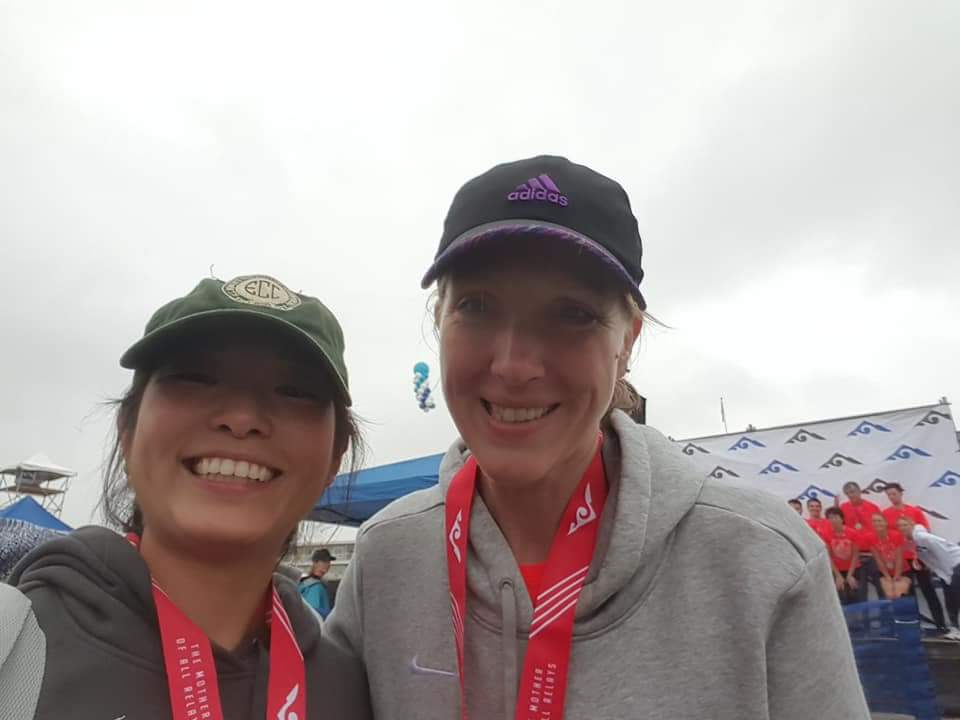 About Liz Ward 101 Articles
Liz Ward is a running fanatic, avid reader, and amateur farmer. She lives on the Oregon Coast with her husband, three kids, and a small herd of animals.
Facebook Twitter

Why A Bad Run Can Be A Good Thing

April 8, 2019 Liz Ward Health & Fitness Comments Off on Why A Bad Run Can Be A Good Thing

The dreaded Bad Run can really put a damper on your enthusiasm for running. The Bad Run can occur as a single instance, or it can be a series of painful and demoralizing workouts. But […]

How To Embrace The Rainy Run

April 22, 2019 Liz Ward Health & Fitness Comments Off on How To Embrace The Rainy Run

We’ve had a bit of rain lately in the Pacific Northwest—and that is a gross understatement. At this point, I feel that I am completely saturated and a little moldy. The endless rain was making […]

Run Or Rest? How To Approach Running When You’re Sick

October 15, 2018 Liz Ward Health & Fitness Comments Off on Run Or Rest? How To Approach Running When You’re Sick

It’s been nine days since I last went for a run. I knew the flu was going to hit me soon; it got each of my family members, one by one. It hit me last […]