The first four weeks of ultramarathon training have been incredible, frightening, exciting, defeating, empowering, and sometimes dangerous. During the first couple of weeks, I couldn’t get over how crazy I was for signing up for an ultra, but now it feels more comfortable. When you are training for something big, you must put your faith and trust in your training.

Over the past four weeks, I’ve missed a few runs, but I’ve been pretty consistent with the training plan. Last Sunday I only ran three of the eight miles I had on the schedule. I had to have my husband come pick me up after my hip decided to act up. I’ve been down this hip injury road too many times now to not take certain twinges seriously. Rather than get my eight miles done, and then have to take six weeks to wait for it to heal, I would call three miles a good Sunday run.

There have been days when I’ve had to cut a run short in order to pick my kids up on time, or make it to the wrestling tournament, or make dinner for a hungry family who doesn’t care if I have five or six miles for the day. This, to me, is not a big deal and I don’t beat myself up about it.

I’ve also juggled days around to make up for feeling too tired to run. I was scheduled to run 6 miles this Wednesday, but I just couldn’t make myself. So, I opted to shift everything back a day, which meant I would not take a rest day on Friday. Therefore, I ran 27 miles over the past four days, and my legs are not happy about it.

Living on the coast, I don’t have many good trail options nearby. So getting quality trail miles has been a challenge. A friend introduced me to a great logging road that climbs about 1,500 feet and has some amazing views. I’ve run that twice with my running group. I haven’t tackled it on my own yet because I’m terrified of really big, mean cats and we have quite a few cougars in the hills here.

For the most part, I run on the treadmill during the week and run on logging roads or streets on weekends. Very soon I will need to head back up to Kings Mountain and get time on real trails. 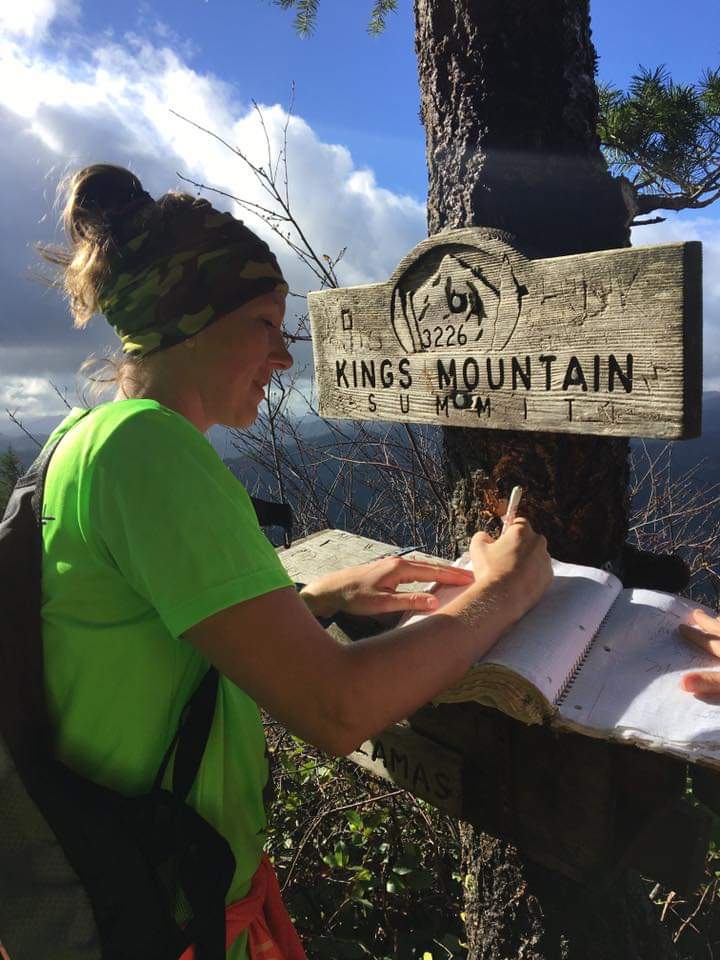 One of the challenges of running in the country is The Rut. For those who do not know what The Rut is, it is mating season for deer. They all get a little crazy during this time, and more reckless and jittery. On one of my runs, I came across two does running toward me. I slowed to a walk and intended to cross the street to give them some room. However, right at that moment, a truck barreled down the opposite lane, which made my plan to escape null. I never took my eyes off the does as they started to panic—one bolted down through the ditch, and the other, eyes locked with mine, ran straight toward me. She veered at the last minute, throwing dirt into the air as she took off after the other doe. I’m sure if anyone was watching, they had a good laugh. I stood where I was for a few minutes until the need to wet myself had passed.

During a group run over the weekend, I found a great way to get speed work done even if you don’t want to. I completely miscalculated how long our run would take, as well as the sun sets. None of us packed headlamps or flashlights, and the sun was setting. We raced down the hills and made it back to civilization before it got dark, but it was close.

You live and learn. I will start packing a flashlight if I’m heading anywhere after 2 pm. One of the many reasons winter is not my favorite season.

Now that I have the first month of training behind me, I reflect on the 92 miles I’ve covered.

Today was the most miles I’ve done at one time—ever. I was supposed to do 13 miles but I only made it 12. I ran out of food and water at 9.5 miles and it was all a mess after that. I really tried to keep the energy up, but I could only manage running a few yards at a time. Most of those last miles were done at a walk while I dreamed of fried eggs and baked potatoes covered in butter, salt, and pepper.

I’m excited to see how I feel during my next long run in which I will make sure I take an adequate amount of water and fuel. Hopefully, it will feel a lot easier than today did.

Overall, I would rank the first month of training as eight out of 10. I still feel very slow on hills, which I will need to remedy. If I am going to finish this ultramarathon, I will need to run 31 miles at a 17:23 per mile pace. This may not seem like it would be that hard, but please imagine having to climb 7,000 feet during that 31 miles.

If I have any chance of finishing within 9 hours, I will need to climb some mountains.

About Liz Ward 101 Articles
Liz Ward is a running fanatic, avid reader, and amateur farmer. She lives on the Oregon Coast with her husband, three kids, and a small herd of animals.
Facebook Twitter

As runners, we have to work extra hard to keep our skin looking good. Hours and hours out in harsh, and even pleasant, weather can do years of damage to our skin while we are […]

Choosing A Half Marathon Training Plan

With so many half marathon training plans out there, how does a person know which one to choose? You can answer that by thinking through a few questions: Time or miles – Do you want […]

The Importance Of The Pre-Race Taper

September 17, 2018 Liz Ward Health & Fitness Comments Off on The Importance Of The Pre-Race Taper

The mighty, and dreaded, taper. We all know it’s in our best interest to lessen our mileage and increase rest prior to a race, but why is it so hard to do? Tapering is the […]