Brandon Roy has long been a legend in Rip City. On Tuesday, the fable of Roy grew even more as word spread of his heroic acts in California over the weekend.

As for being a Northwest fan favorite, this achievement may have been more than enough for any normal person.

Definitely, this would be.

But, not for Roy. Roy upgraded his status from legend to bona-fide hero this week by shielding a bunch of children from gang-related gunfire. It was just the latest example of Roy possibly being the best person on the planet.

In light of these recent events, Netflix has reached out to Roy (I doubt it) to help him create his own superhero show (I wish) for the streaming company. The seven-episode series will debut sometime next summer (not really, but we can hope).

Below are the synopses for each episode of the Netflix series entitled: Wonder Roy.

Episode I – A popular, retired basketball player, Brandon Roy, finds himself in a violent situation when gang-related gunfire breaks out at his grandmother’s home. Roy risks his life to shield innocent children from the attack but is wounded. As word of his bravery spreads, a mysterious organization known as The DNP go out searching to recruit Roy for a secret mission.

Episode II – The DNP’s leader, former Orlando Magic star Penny Hardaway, takes it upon himself to recruit Roy. Upon Hardaway’s arrival, Roy learns of an evil cult, the mysterious Flat-Earthers, that is hell bent on destroying the careers of NBA players by using a mysterious weapon to weaken knees, bringing to mind painful memories of Roy’s own basketball career.

Episode III – With the help of Hardaway, Roy recruits his own special team of ex-NBA players to combat the Flat-Earthers. Greg Oden, Sam Bowie, Terrell Brandon and Adam Morrison join Roy to form their own branch of the DNP, known as The Amnesties.

Episode IV – Roy and The Amnesties uncover the mastermind behind everyone’s knee ailments, former disgraced referee Tim Donaghy, who is currently running an underground gambling ring and using a secret weapon to destroy knees and alter the future of the NBA to gain ultimate betting odds.

Episode V – The Amnesties uncover Donaghy’s secret weapon; Hardaway’s alternate ego – Lil’ Penny. Lil’ Penny, angered at being a has-been and for being left in a garbage heap when fame left him, has joined forces with Donaghy, sneaking into team locker rooms and poisoning players’ Gatorades with a concoction that causes a degeneration inside the knees. 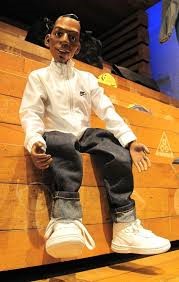 Episode VI – The Amnesties get an unexpected assist in trying to take down Donaghy and Lil’ Penny: Derrick Rose. Rose, driven to madness while constantly repeating the phrase “triangle offense”, gives the team vital information when he tells them that he faked his latest injury in order to leave the New York Knicks. By faking his injury, he was able to infiltrate the Flat-Earthers’ secret lair.

Episode VII – In the season finale, The Amnesties and Derrick Rose stage a final confrontation with Donaghy and Lil’ Penny. Things look bleak until the Amnesties gain the upper when Roy gets a degree in German science in just a matter of hours and finds a cure for degenerating knees. In the aftermath, Donaghy goes back into hiding while Lil’ Penny is sentenced to life in a glass case alongside Annabelle.

An NBA All-Star. A high-school coaching god. Savior of children. And, now, a Netflix champion. Roy is the hero we all need right now.

Portland Trail Blazers Offseason Preview – A One-Man Show? Or A Symphony Of Talent?

Dame. Time. Those are two words that instill fear across the NBA landscape. Paul George couldn’t handle it. James Harden and the Rockets wanted none of that smoke. If you’re an opposing NBA team and […]

Meyers Leonard Entering Most Important Season Of His Career

The Portland Trail Blazers’ 2016-17 season was a year defined by high ambitions and unmet expectations. The team saw a regression to the norm after shocking the league just a year prior, but there is […]

25 years ago, Clyde Drexler delivered the greatest performance ever by a Portland Trail Blazer in an All-Star Game. We will never forget. Neither will the White House. Full Transcript of White House Press Secretary […]