It’s an especially interesting month for fans of the Portland Trail Blazers, who possess three first-round draft picks in this year’s NBA Draft. In the midst of a disappointing season, Portland will look to make some minor adjustments en route to a 2017-2018 title run. But who can help them take the next step in their title quest?

Here are five potential impact players that could dance their way into a Trail Blazers jersey come draft night. 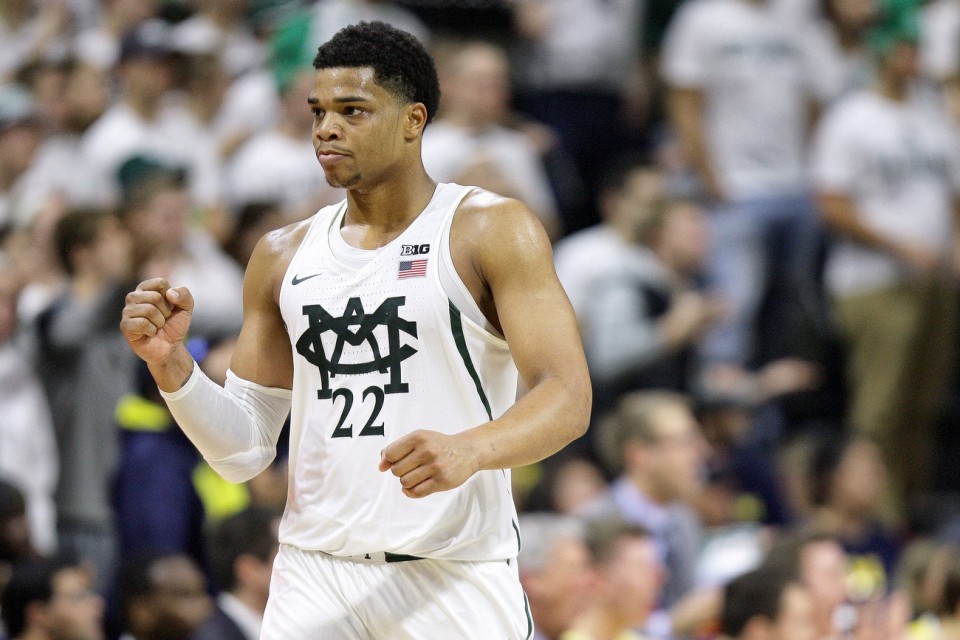 However, Bridges possesses a rare and impressive combination of power, body control, and explosiveness that reminds me of another gritty, undersized Michigan State alumn. Unlike Draymond Green, though, Bridges has yet to find any kind of consistency in his shot. He has a mechanically awkward jumper that must improve if he wants to become a dependable shooter in the NBA.

With that said, he’s shown many glimpses of offensive greatness during his solo year in East Lansing, including a 33-point, 12-of-14 shooting debut.

Aside from his boom-or-bust offensive production, there’s a lot to love about this kid. He has a 226-pound frame and incredible bounce off of two feet, which makes him a high-flying power slasher on offense. In comparison to other wings, Bridges is a tremendous rebounder and blocker who plays a very high-energy style of basketball.

Another exciting thing about his game is his ambidexterity. Bridges is equally comfortable with either hand, mixed with his great court vision; it’s an intriguing combination for a player of his skill set.

Miles Bridges is projected to go 17th overall in the 2017 NBA Draft. 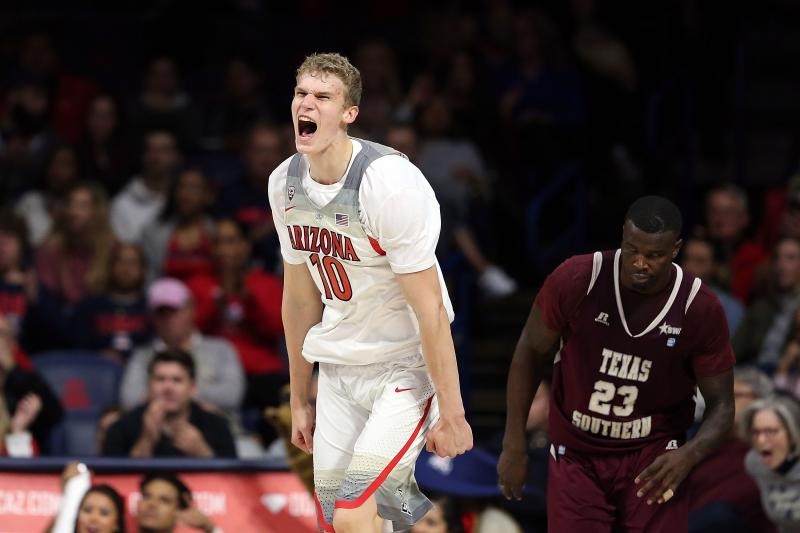 Here’s what was learned over this last offseason: Blazers general manager Neil Olshey really loves Meyers Leonard. However, it’s not hard to see that the Leonard project isn’t working like he once believed it would in Rip City.

So why not grab Leonard 2.0? If that’s the style of power forward the Trail Blazers want, this is the guy that they’ll target in the 2017 NBA Draft.

Markkanen is a skilled perimeter shooter with excellent shooting mechanics. He has a very respectable inside-outside game on offense with a whole lot of offensive mix-ups, though his back-to-basket could use a little work.

He’s fantastic in catch-and-shoot situations with a dependable NBA three-point shot. As you could imagine, this 7-foot sharpshooter is an excellent pick-and-pop screen man.

What really sets Markkanen apart from Leonard is that he possesses an impressive amount of mobility and coordination, as well as an exceptionally explosive first step for a player of his size. Adding on to that, he’s an above-average rebounder who rarely forgets to box-out his man.

Markkanen does have his blemishes, as does any player. Like Leonard, this 19-year-old i known to disappear over long stretches of time due to occasional offensive passiveness. And then, as previously mentioned, there’s the offensive post-up issue.

The other aspects of his game, whether it be his passing ability, interior/exterior defense and so on are best described with one word: average. There are so many reasons to believe that this freshman could really polish up the rest of his skill set in a short amount of time. He has all the tools required to become a dependable two-way player. While his defense is likely his biggest flaw, this Finland native has displayed some solid instincts/understanding on the defensive end of the court, giving hope for some big improvements.

Lauri Markkanen is projected to go 11th overall in the 2017 NBA Draft. 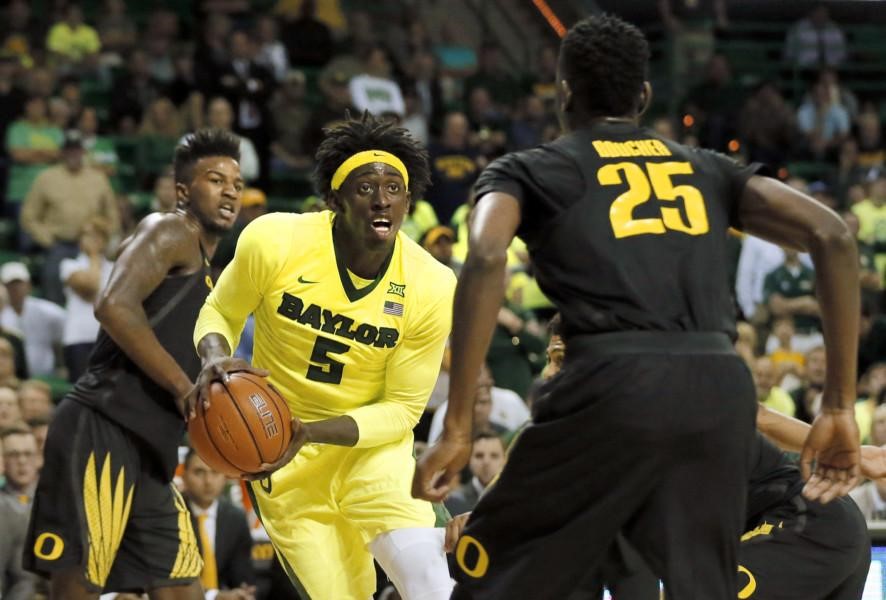 If the Trail Blazers are looking to draft an athletic, defensive-minded power forward late in the first round, Johnathan Motley might be their best bet. His physical measurements are outstanding; a solid 6’9” height with a huge 7’3.5” wingspan, as well as an awe-inspiring 9’3” standing reach. He also weighs in at a surprisingly agile 232 pounds. These numbers alone make him an intriguing option for many NBA teams.

Motley utilizes this size very well in various ways all around the court. He’s an elite offensive rebounder, tallying 19 putbacks on the year. He’s displayed a strong ability to move laterally on defense, often disrupting passes in Baylor’s zone defense. He’s a wonderful transition player on both the offensive and defensive side of the ball.

Motley has some downsides, however, which he actually improved on over the last couple of years. The Flint, Michigan native’s free-throw percentage isn’t great (68%), but it could be a lot worse. Any kind of shooting range is largely in question. Motley is shooting a respectable .385 percentage from three this year, but that’s only based off of 13 attempted shots.

One of his most noticeable weaknesses is one you wouldn’t necessarily expect out of a guy with a 9’3” reach and a 36+ inch vertical leap: his lack of swats. Motley only averages 1.0 blocks per game, which is surprising for an athlete of his caliber. This could be in part to a coaching decision, where Jo Lual-Acuil stands in as Baylor’s designated rim protector. Regardless of such, you’d expect some more swats out of a guy like Motley.

One of his most noticeable flaws was that he lacked a solid offensive game during his freshman and sophomore seasons. Motley took a big step this season, however, adding a dependable mid-range jump shot to his arsenal. This solidified his role as the team’s primary scorer.

His explosive speed makes him a fantastic transition player. His newly found mid-range jump shot brings some versatility to his offensive game in the halfcourt. He’s high energy and possesses a well-rounded skill set.

Johnathan Motley could easily provide the Trail Blazers with some strong efforts off the bench and, with some work, in a starting role.

Johnathan Motley is projected to go 29th overall in the 2017 NBA Draft. 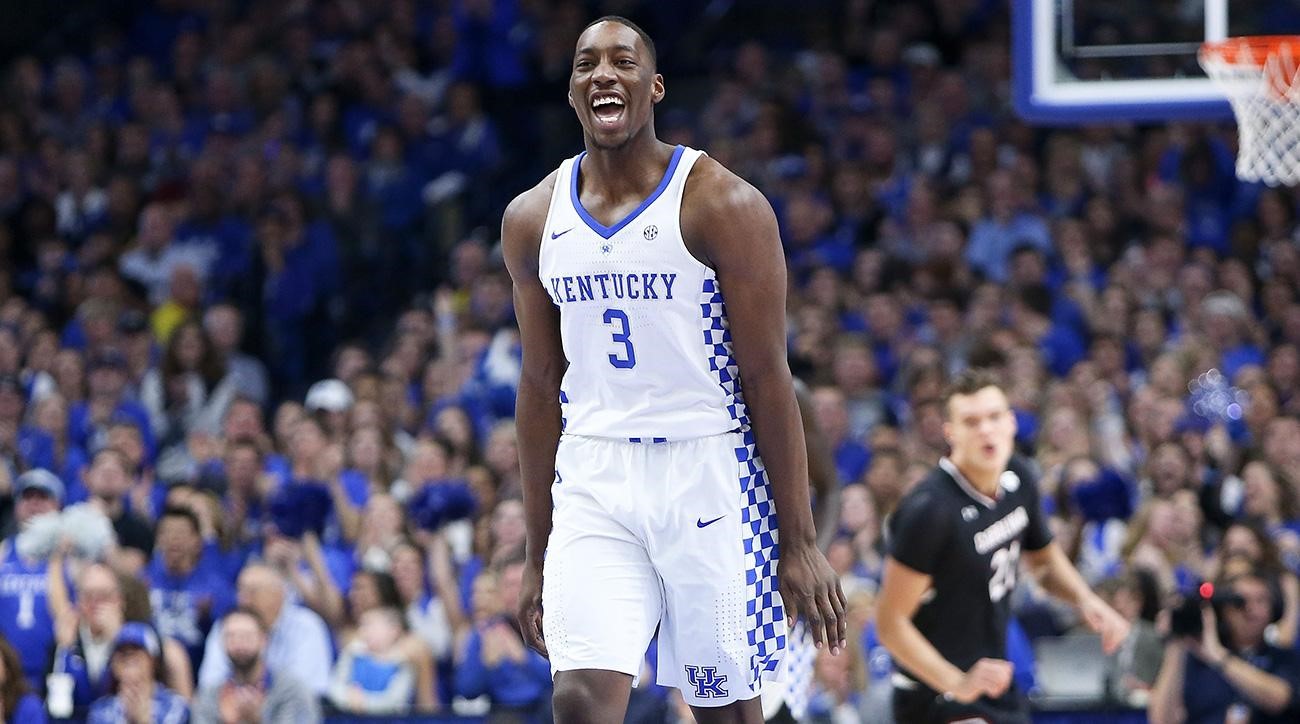 When to see him in action: Kentucky vs Northern Kentucky, Friday, March 17, 6:40 PM PST on CBS.

While his first name is legally Edrice, there’s a reason why his nickname of ‘Bam’ stuck with him. Adebayo is a 6’10”, 255-pound paint enforcer who isn’t afraid to bang bodies down in the low block. He’s a basket bully known for his exceptional rebounding ability.

There’s more to Bam’s game than just being a big body in the paint, however.

The 19-year-old freshman is surprisingly quick for his size. Bam is a rim runner who can help his team score easy buckets in transition. With that said, he’s also an athletic power dunker who possesses some serious bounce. His length and athleticism make him an intriguing alley-oop target man.

While Adebayo may have other strengths, his rebounding ability will be his bread and butter in the NBA, at least to start out. Bam’s combination of strength, bounce, length, mobility, and drive are a recipe for glass-crashing dominance. ESPN analyst Seth Greenberg even went as far to say that “Bam could end up being a Charles Oakley type player.”

One of the biggest mysterious surrounding Adebayo is his inconsistent defensive play. Bam has all the tools to be a great defender, but his intensity often comes into question. It’s not that he’s incapable of providing a solid defensive outing; his skill set seems ideal for a defensive specialist. It really just comes down to Adebayo’s will to move his feet, contest a shot, and focus. His lack of effort on defense could be a red flag for NBA GMs.

Adebayo has provided some great defensive performances, however. He’s shown what he’s capable of, especially when guarding power forwards on the perimeter. He hard hedges well beyond the three point line and slides his feet well. The skills are there for success on defense, he just needs to put in the effort.

Bam is good enough on offense. He can drive hard to the rim, finish strong inside, and shoot a dependable 15-foot jumper. However, at this point in his career, you can’t expect much more from him. His true value remains a reflection of his exceptional rebounding ability and hidden defensive potential.

Bam Adebayo is projected to go 16th overall in the 2017 NBA Draft. 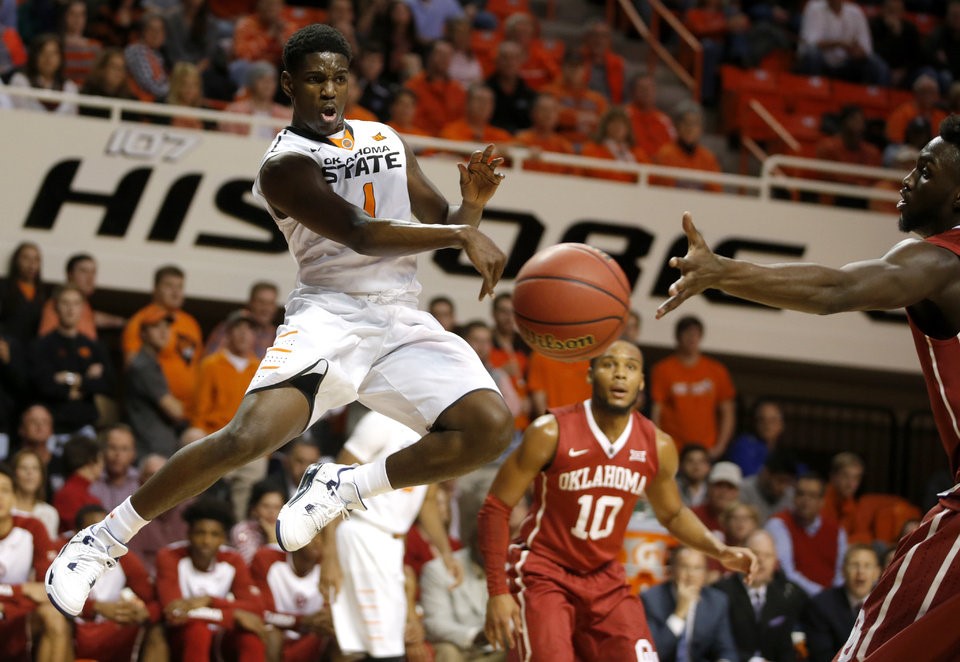 Will the Trail Blazers look to bolster their defense by drafting a defensive-minded guard? If they decide to, this is the man they should target.

Jawun Evans is a 6’1” point guard with electrifying speed. He’s a true menace on the defensive end, both on and off the ball. Evans’ intense on-ball defense is enhanced by his low center of gravity, which provides him with quick foot movement. He’s a pesky player who is always looking to bring possession back to his team, known to tally up easy steals in the passing lanes.

His overall awareness and understanding on the defensive end sets him apart from other guards in this draft. This 20-year-old sophomore has a lethal combination of strength and speed, which he utilizes in every aspect of his game.

He’s got some solid strengths on offense as well. The South Carolina native opens up the offense for this Oklahoma State team with his excellent dribble-drive ability. He can finish some creative buckets down low or kick it out to an open man on the perimeter; whatever the situation may call for.

Evans has some serious range to his jump shot, shooting the three ball at a high percentage. His IQ on offense is another strong point of his game, consistently displaying good shot selection. Strong discipline is a trait that any NBA coach would love to have in a player.

Being that Evans is only 6’1”, he could find himself with some difficult matchups against bigger point guards at the next level. However, you can expect that his lack of height will undoubtedly be made up by his immense strength and effort.

As a projected late first-rounder, early second-rounder, Jawun Evans could be a steal for a Trail Blazers team deeply in need of some backcourt D.

Jawun Evans is projected to go 35th overall in the 2017 NBA Draft.

All draft projections are courtesy of NBADraft.net.

The longest road trip for the Portland Trail Blazers—seven games—will end in Memphis today, and it has been a huge success. Given the quality of the Blazers’ opponents (five of them were playoff teams at […]

Is It Me? Why Do The Portland Trail Blazers Keep Losing When I’m At The Game?

The Portland Trail Blazers lost to the Toronto Raptors on Wednesday. Cool. Sweet. Moving on.  “Hey Steven, big fan, but isn’t this how you started your last column?” “Hey fan, yes, yes it is. Thanks […]

?‘ KENNY WOOTEN’S GONNA SCORE!’ ? This Is The Only Thing I Want To See In The NCAA Tournament Championship

March 28, 2019 Bryant Knox Oregon Ducks Comments Off on ?‘ KENNY WOOTEN’S GONNA SCORE!’ ? This Is The Only Thing I Want To See In The NCAA Tournament Championship

MINNEAPOLIS (Satire) — The clock reads 1 minute and 5 seconds left in the 2019 Men’s College Basketball National Championship. Duke has control of the ball at the top of the key, Tre Jones staring […]