The football game between the Chicago Bears and Seattle Seahawks formed a turning point for the relationship between team coach and franchise quarterback. In the fourth quarter, offensive coordinator Schottenheimer called a series of plays that dangeRuss was checking out of, only to eventually get reigned in by coach Pete Carroll. Read more about it here.

I’m sure as you’re reading this that you’ve already taken the hot-take express and got on with your life and week. Of course that’s what responsible people do, but were you ever curious about what could be the last stop on that train?

That’s right, I’m calling breakup, and this is a prep-for-when-that-moment-comes-and-more ode for the inevitable broken heart.

We already understand that Russell Wilson was so visibly upset, and it’s a level we’ve never seen him get to before. You know the moment when you have a friend who’s either a slob or neat freak, then one week tanks in the completely opposite direction? It’s an old cliche, but it should put you on high alert, immediately, because it means that they may have utterly snapped and basically, who knows what’ll happen next. You want Beer Belly Bill to stay Beer Belly Bill. You don’t want to see Beer Belly Bill come to you one day with a bunch of Pinterest posts about Japanese organization methods after a night of pounding Rainiers and other slipshodded debauchery. Nor do you want Straight Edge Sally to offer to replace Beer Belly Bill’s spot as beer shotgunning master.

That’s what we as fans or observers don’t want to see. Look, most offensive coordinators in this league kinda suck. Schottenheimer isn’t the greatest, but he isn’t bottom-of-the-barrel scum. The Bears defense was good, and everyone is going to have trouble stopping the freight train known as Khalil Mack. The bad thing about the Pete-Russell dynamic in the moment was that there seemed to be a total dissolution of trust that just snapped in Wilson’s head.

Wilson’s a dynamic quarterback with every tool in the book to make any play on the field, against virtually any defense. He’s ranked 15th in quarterback rating so far this season, right in front of guys like Big Ben or Andrew Luck, so he has the god-given right to call anything he wants out on the field right?

That’s the struggle behind Pete’s comments. Wilson is over-trying? Yeah freaking right, old man. I mean somebody has to try. I know I said the Bears were good defensively, but you can’t start the game with seven drives ending in punts.

Anywho, we know Russ snapped and Pete is covering for his staff over his franchise quarterback, so the propaganda machine is already at full steam. This weekend’s game against Dallas may just be the one to break the camel’s back, which may be a good thing frankly. Pete is losing it upstairs in terms of draft picks and can’t bring himself to tear out the I-Formation page out of his playbook.

As the breakup does come to fruition (only 11% of NFL teams to start 0-2 ever make it to the playoffs), keep this piece in mind as your go-to for getting over the sad realization. Listen to the following songs to get through the breakup.

Not sad song considering the lyrics. It talks about how one partner is keeping an eye on the other throughout the ups and downs of a relationship, much akin to how Russ and Pete looked out for each other here and there. They always used to figure it out. Russ bails out Pete, Pete bails out Russ.

But then you wonder, if the song is sad then why the hell is it sooo melancholic. Because it’s happy but you get the feeling that sadness is coming. Kinda like the Louis CK joke (yeah he’s disgusting) when he talks about buying a puppy. It’s great to have a new pup, but all the adults in the room know that the day will come. It’s going to die.

Future Islands – In the Fall

Okay it’s getting a little gloom in here. The gritty autumn and winter seasons are set to grip us and it doesn’t look like it’s going to get any better. Every offseason, in the Spring, fans always had a generally good feeling about heading into season. This year, not so much.

Seattle made meh splashes at offensive coordinator and o-line coach (that sure, I was totally behind those decisions, but looking back…). The team failed to drastically improve on the line to protect Russ, even though that was the ONE job Pete and the front-office needed to get done, and they just didn’t.

Well, low temperatures and colder rains loom over this teams’ and Wilson’s shoulder. Last year, this time of year was tough, as it never seemed to get any better and the team aimed and struck with a 9-7 record. Seahawks so far have 1-1 Pythagorean expected wins and losses, and they’re 0-2. Dope.

We’re here. It’s broken. Pete storms out of the QB film room and leaves Russ literally spinning in circles. Or maybe this moment has already happened, I don’t know, probably: 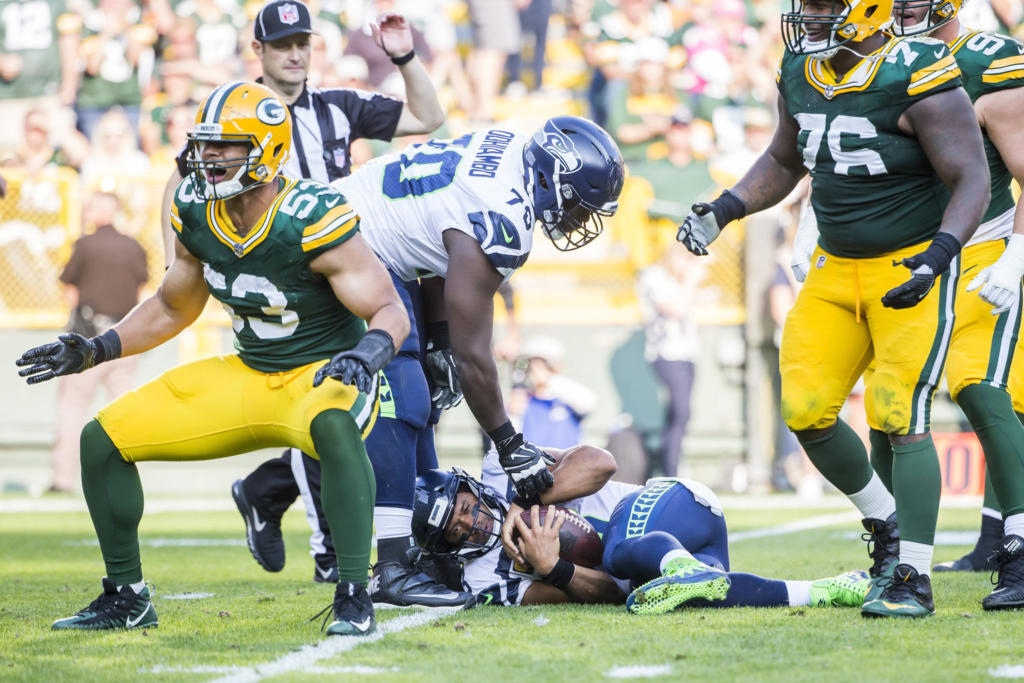 Anyways, the song does a good job of feeling lost in time and space, and you’re just trying to figure out exactly what went wrong or isn’t going wrong, and everything is a weird jumble of thoughts every time you’re in the same room as that person and yatta yatta yatta.

After the confusion is transformed by post-crying moments of clarity (like that fresh smell after a thunderous storm) both sides of the relationship settle for certain truths in order to begin parting. Lorde starts the song admitting that it’s finally Winter and her love for her partner is a ghost. Remember me talking about seasons above? Yeah well… how cold and empty was the moment when Russ threw the pick 6 after getting ticked. These moments will come and it’s going to get weird.

I was thinking about going through 12 more songs but darkness set in for me at this point and that’s probably a good thing to have stopped. Hopefully we as fans come through this as strong as Nelly Furtado did when she gave us All Good Things (Come to an End). I mean, I definitely hope I’m wrong and that in 6 weeks the team is 6-2 and we’re all just jamming at Century Link to Wiz Khalifa’s – We Dem Boyz.

But we shall wait and see. We wait, see, and hope not to cry.

About Sebastian Pycior 54 Articles
Sebastian is an industrial professional, having graduated from the University of Washington with a degree in Political Science in 2013. He remains largely interested in the effects sports have on greater society. From Las Vegas, he’s moved on from the world of 'odds' and has embraced storylines and aspects surrounding Seattle sports.
Twitter

Well dear readers, the days are getting shorter and the sun is out on winter vacation. But there are plenty of difficult driving conditions, last second school cancellations, and holiday fun and beer cheer just […]

How To Lazily Yet Effectively Rip Off My Content

April 3, 2018 Julian Rogers Seattle Seahawks Comments Off on How To Lazily Yet Effectively Rip Off My Content

Time and again, I am reminded that the best way to hide an article from public view is to publish it on Medium. I’m publishing this one on Medium, so chances are you’ll never see […]

2019 NFL Draft – Breaking Down What Each NFC West Team Needs

April is starting to slip by and the NFL Draft is approaching. Who will be the top pick? Who will slide farther than everyone thought? Who is going to be a surprise selection? These are […]