Former Portland Meadows Jockey Gary Stevens is set for his 39th year as a professional jockey in 2018, after the 54-year-old confirmed he will continue in the saddle.  The Hall of Fame rider has won just about everything there is to win the sport but the man nicknamed ‘The Bionic Man’ is targeting more big race wins this year.

Stevens first made a name for himself in 1981 at Portland Meadows where he rode for two years with lots of winners coming at the Oregon track. In both of his two seasons in Portland, he was the leading jockey at the course as he was often the first man owners and trainers would turn to if they fancied their horse for success in one of the leading Stakes races at the venue. 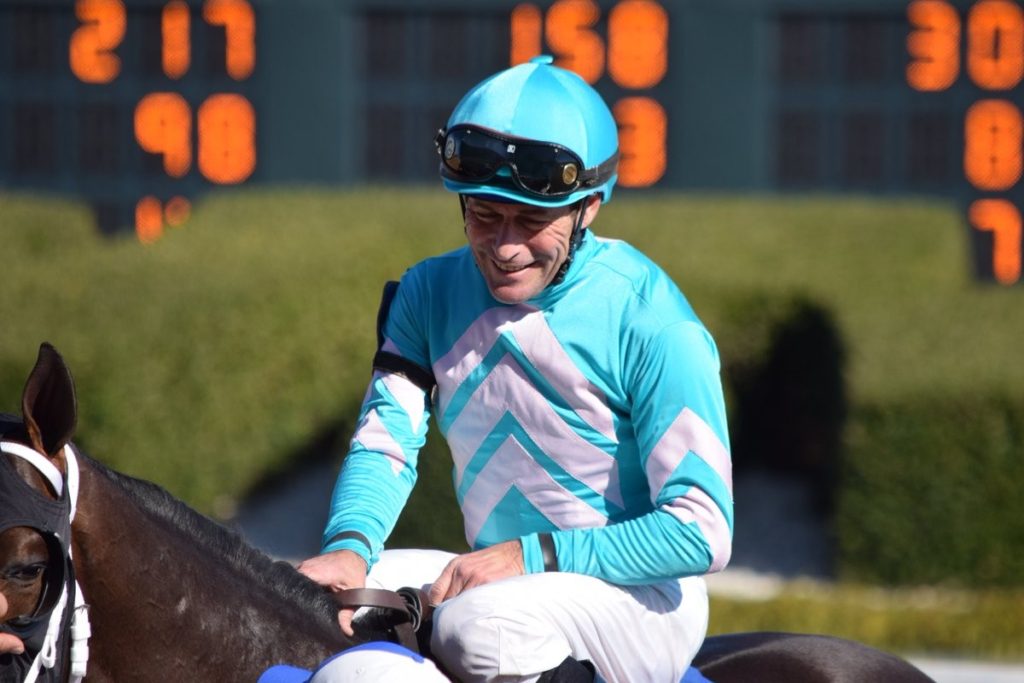 The former Breeders’ Cup Classic-winning jockey is riding at Oaklawn Park in the early stages of 2018 but has not committed to any particular tracks for later in the year. A return to Portland Meadows is one of the options which could be of the table for the American jockey in what may be his last year in the saddle.

Stevens’ career looked to be over in late 2016 when he had hip replacement surgery following a number on falls from the saddle. He returned to action the following March where he continued to ride throughout 2017. The surgery two years ago is not the first that Stevens has had to overcome as in 2014 he was forced to have a break from the sport to undergo a knee replacement due to wear and tear.

The next few months are huge on the international horse racing calendar and Stevens will be keen to be involved as much as possible. The Cheltenham Festival takes centre stage in the UK, in the UAE the feature race is the Dubai World Cup, a race Stevens won in 1998, while in the USA, the Kentucky Derby is not far away. There are number of tips from Timeform on all of these races in which Stevens rides will be highlighted once the declarations are submitted. 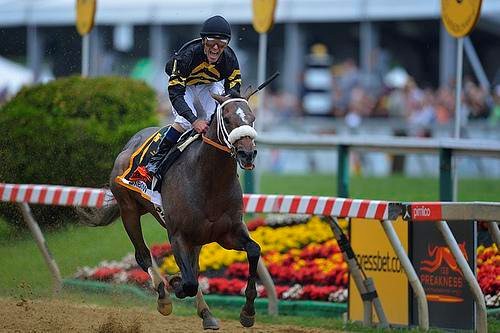 Stevens last won the Kentucky Derby in 1997 onboard Silver Charm for trainer Bob Baffert. The Idaho-born jockey has not been victorious in one of the Triple Crown races since his success on board Oxbow in the 2013 Preakness Stakes at the age of 50. The three-time winner of the Kentucky Derby will be hoping his experience in the 1600m contest will be desirable to owners and trainers when they select who will ride their horses later this year.

The Hall of Fame jockey recently rode in the Pegasus World Cup at Gulfstream Park, which is the richest race anywhere in the world today. Stevens partnered Great Expectations who was a +6600 outsider in the invitational contest which was won by Gun Runner.

Whatever the future holds for Stevens in 2018, the former Portland Meadows jockey will forever be remembered in Oregon as one of the greatest riders to ever grace the track in the state.

How Americans Can Bet On The Grand National

March 28, 2018 Steven Salmon Other Comments Off on How Americans Can Bet On The Grand National

The Grand National is one of the biggest and most famous horse races in the world. It takes place in April each year at Aintree racecourse in Liverpool in the UK. The race has been […]

December 13, 2019 JJ Nelson Other Comments Off on Highest Rated Flat Racehorses Of 2019

2019 is drawing to a close, as we move further into the national hunt season. This means much anticipation is building ahead of April and the national and there are already many Grand National offers available. Can […]

July 17, 2019 Charley Sconlan Other Comments Off on Horse Racing The Heart-Liberating Sport

Humans, since inception, have always loved competitions. Be it in sports, academics, business, to name a few. Maybe it has something to do with the adrenaline rush that surges through their veins at the pinnacle […]