Is your New Year’s Resolution to get (back) in shape? Whether you plan to run, walk, jog or just get off the couch, getting active is always a great goal.

That being said, it’s a lot easier when you have a milestone to reach. Sure, “getting in shape” is a worthwhile goal, but that’s not nearly specific enough. You need something to train for.

Lucky for you, Portland is home to dozens of local races, 5Ks, marathons, triathalons and fun runs to get you motivated.

We’ve compiled 5 months’ worth of reasons to keep your resolution going.

Worst Day of the Year Run

There’s no need to jump into a monster race just four weeks into the new year. Ease into your newfound love of running and sign up for the Worst Day of the Year Run on Jan. 28.

There will be thousands of costume-wearing, fun-loving racers alongside you. On top of that, organizers will also keep things cozy with hot cocoa, doughnuts, spiced chai tea and more. There’s even a beer garden for when you finish. 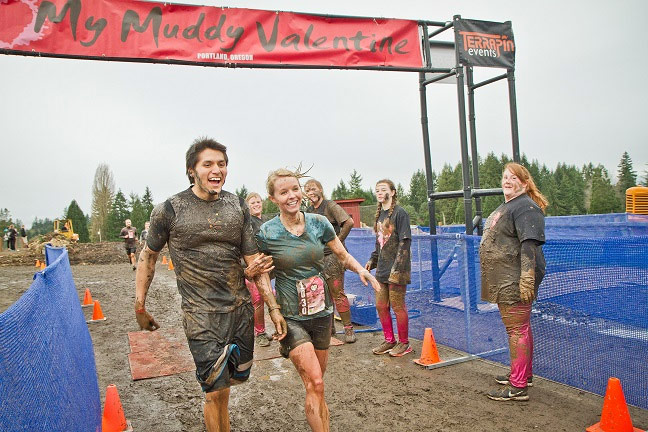 This isn’t your mother’s 5K fun run. My Muddy Valentine a great way to get outdoors, get a little dirty (OK, a lot) and expand your exercise from constantly jogging along the boring pavement.

The race travels over 5K and features 21+ obstacles, chip timing, music, bonfires, changing rooms, and a lot of mud. Once you’re done, grab a beer or cider next to the mammoth bonfire. 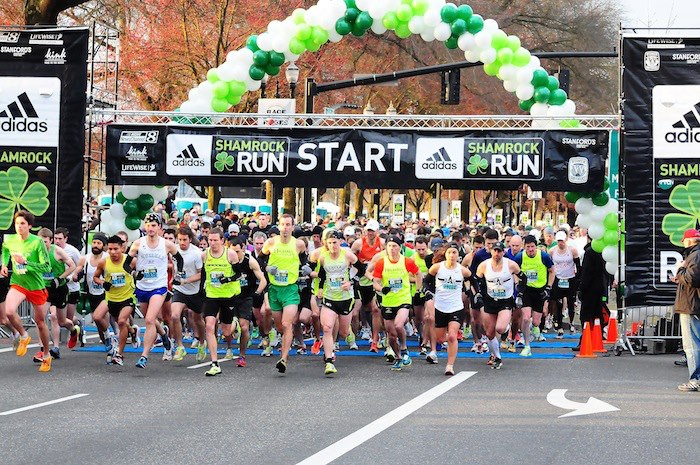 Don’t let the sheer size of this annual tradition spook you. Yes, downtown Portland basically shuts down. Yes, there’s up to 35,000 other runners. But with a St. Patrick’s Day theme and thousands of people in costumes, are you really that intimidated?

You can select from multiple course lengths, and if you already finished a 5K or 10K back in January, maybe now is the time to jump up to 15K. 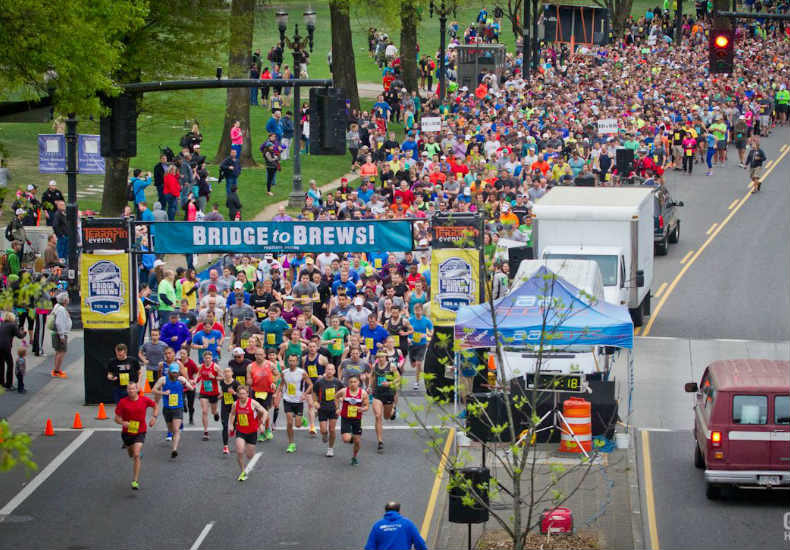 This is the only Portland race that takes you over the scenic Fremont Bridge. And if the views from the course aren’t enough to entice you, know this: The race begins and finishes near one of Portland’s brewing staples, Widmer Brothers Brewing.

But there’s so much more than just a great view. Included in your registration are tasting tickets to beer, cider, wine or spirits, not to menion great post-race food and local live music. 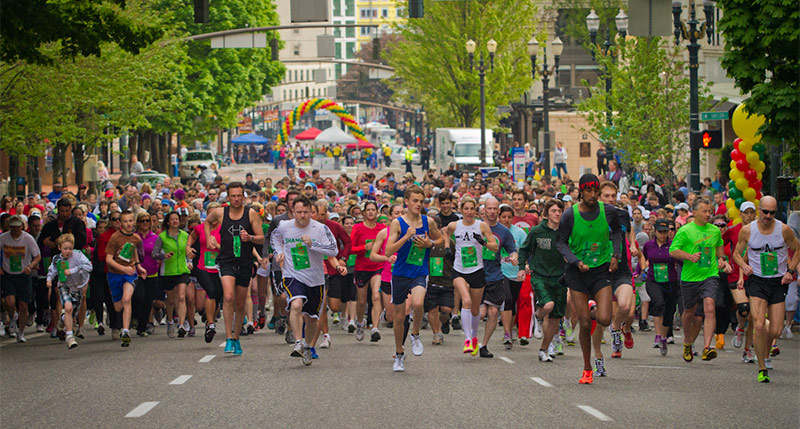 When: May 7
Where: Downtown Portland
Courses: 5K, 10K, Half Marathon
Website: terrapinevents.com

It’s only May and you’re ready for your fifth race in five months. Why not sign up for the half marathon? Oh, sure, it’s more than double the 10K you ran last month in the Bridge to Brews, but take your time and push yourself.

Another run put on by Terrapin Events (My Muddy Valentine and Bridge to Brews), the Cinco de Mayo Run/Walk is one of the last events remaining that run in downtown Portland. As usual (for our list, at least!), entry gets you tokens for beer or cider from Lagunitas Brewing and Two Towns Cider.