Medford-based professional boxer Mike “White Delight”Wilson has been quietly going about his business and racking up an unbeaten 17-0 professional record inside the ring, as he aims for the top. 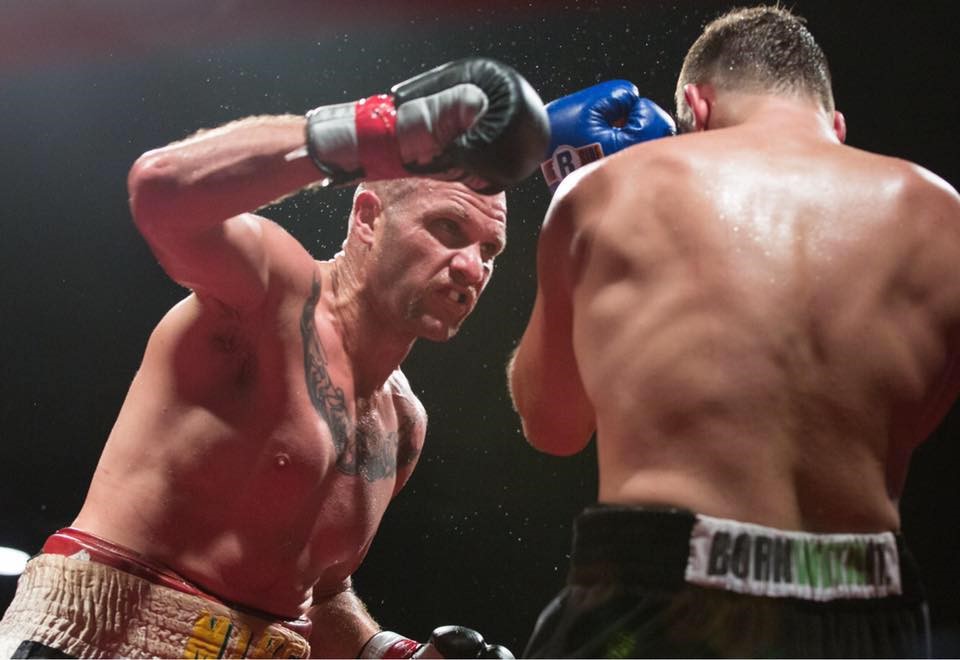 Part of the reason Wilson isn’t as well-known as he could be locally is because the cruiserweight spent a lot of his early years as a pro ‘on the road’, taking fights away from home. When travelling, it’s often hard to keep a perfect record intact against local favourites, which makes his clean slate even more impressive.

“We kind of fought anywhere we could without having to sign our life away,” Wilson has previously stated regarding his career.

He started out as an exciting amateur prospect, winning the American Championships twice as a super-heavyweight, and coming close to the Olympic Games, being an alternate in 2004. As he progressed in the professional ranks, he has also dropped down the weightclasses to find a home at 200lbs.

As he found his home in a new weightclass, “White Delight” also decided home would be the best place for his bouts. After competing in regional events, he took the opportunity to promote his own events with wife Jenifer under the guise of ‘White Delight Promotions’.

He has kept up the momentum as promoter and fighter, having competed in 7 bouts in Oregon since 2015. The regional success is all well and good, but there’s no doubt he has his sights set on bigger things in the future.

There are some intriguing clashes coming up in the cruiserweight division that Wilson will be keeping his eye on. Latvia’s Mairis Briedis enters as favourite in the latest boxing odds against Mike Perez for the WBC  cruiserweight world title, and these top-of-the-food-chain opponents will ultimately be in his sights.

“White Delight” is now operating under the guidance of famed trainer Bob Spagnola, and the former Houston manager of the year has a great track record of guiding prospects to championships. Spagnola has worked with the likes of former champions Orlando Canizales, Calvin Groves, and the currently active former WBA champion Austin Trout.

Wilson prepares for another successful hometown outing, but the time to spread his wings and aim higher will surely be imminent now he has built his record to the point of title contention.

Texan Spagnola knows how to build and when to push things to the next level, something thirty-four year old Wilson will surely have to push towards sooner rather than later if his ambition matches his ability.

The team could be eyeing up big domestic clashes against top-ranked opponents like Steve Cunningham, Michael Hunter, and Al Sands in 2018, as a primer for an attack on the international rankings.

For now though, Wilson will keep doing what he’s doing. Building his fanbase, honing his skills, and winning. If a breakthrough does come, he could well be Oregon’s biggest boxing success in recent memory.

Freddy Coronado, A Cornerstone Of The Oregon Boxing Community

Determination, courage, chance, opportunity, passion and foremost hard work and sacrifice are the essential traits behind each and every success in life, especially in sports. All athletes have a story. No matter what the sport […]

October 9, 2020 Patrick Lombardi Other Comments Off on Benefits Of Mixed Martial Arts And Boxing

Mixed martial arts are sports that are usually played by two people at a time inside a cage or a restricted ground. It is usually based on ground fighting, striking, and grappling. Boxing is a […]

Walking into a boxing interview is always fun, but this specific one was more than that. Meet the all-girls boxing team in the Portland Metro area making noise and building champions!