It’s bowl season again, so get ready to watch two teams who have fired their head coaches play at 11:00 on Wednesday morning in a baseball stadium and prepare for Alabama’s imminent coronation

Sound like fun? My record on the season is 120-53. If you read all 41 of these picks, I’ll send you a baseball card or something. Here we go.

Autonation Cure Bowl: UCF 27, Arkansas State 14 – Nothing gets past our guy Scott Frost.

Miami Beach Bowl: Tulsa 45, Central Michigan 13 – Still indebted to Tulsa for winning at Notre Dame Stadium during Brian Kelly’s first season with the Irish, what beautiful scenes those were.

Boca Raton Bowl: Western Kentucky 31, Memphis 28 – Nothing here will ever be as good as when Memphis tried to fight BYU in one of these games a few years ago.

Lockheed Martin Armed Forces Bowl: Louisiana Tech 24, Navy 20 – Navy has just about fallen on its face in the last couple of weeks, and it’s hard to think they’ll be up for up for this one after losing to Army.

Hawaii Bowl: Hawaii 28, Middle Tennessee 24 – Surely there has to be some rule preventing a team from playing a bowl game in their own stadium?

St. Petersburg Bowl: Mississippi State 45, Miami (OH) 24 – The combined record of these two teams is under .500, which isn’t exactly how they drew it up in terms of bowl games.

Quick Lane Bowl: Maryland 17, Boston College 14 – Unclear to me why either of these teams accepted their invitations to play in this game.

Camping World Independence Bowl: NC State 23, Vanderbilt 20 – But Vandy is going places under Derek Mason. They could be real relevant in the SEC East in a hurry.

Zaxby’s Heart of Dallas Bowl: Army 24, North Texas 13 – There were few cooler sights in sports this year than Army stopping its skid against Navy last weekend.

Motel 6 Cactus Bowl: Boise State 45, Baylor 14 – Baylor should just forfeit and save everyone the trouble.

New Era Pinstripe Bowl: Pittsburgh 41, Northwestern 23 – Sub Pitt into the playoff for Alabama, who says no?

Belk Bowl: Virginia Tech 34, Arkansas 20 – Justin Fuente did a really impressive job at Va. Tech this year, and it feels like Arkansas checked out a month ago.

Autozone Liberty Bowl: TCU 34, Georgia 31 – Both of these teams are trash, this a trash game that you should not watch.

Franklin American Mortgage Music City Bowl: Nebraska 27, Tennessee 24 – If you haven’t figured it out by now, I don’t really pick against Mike Riley.

Nova Home Loans Arizona Bowl: Air Force 44, South Alabama 37 – It’s like the snuck one more abysmal matchup in here to see if we’d notice, I’m actually not even sure this game is being televised.

Capital One Orange Bowl: Michigan 34, Florida State 21 – Of course, that being said, there is a chance that Michigan will come out and lose 50-0 nothing just as screw you to the powers that be.

TaxSlayer Bowl: Georgia Tech 14, Kentucky 10 – The triple option is so beautiful when it works, it looks like a herd of swarming ants.

Chick-fil-A Peach Bowl – CFP Semifinal: Alabama 41, Washington 27 – For what it’s worth, I think Washington should have gotten the three seed and a date with Ohio State instead of this torture. 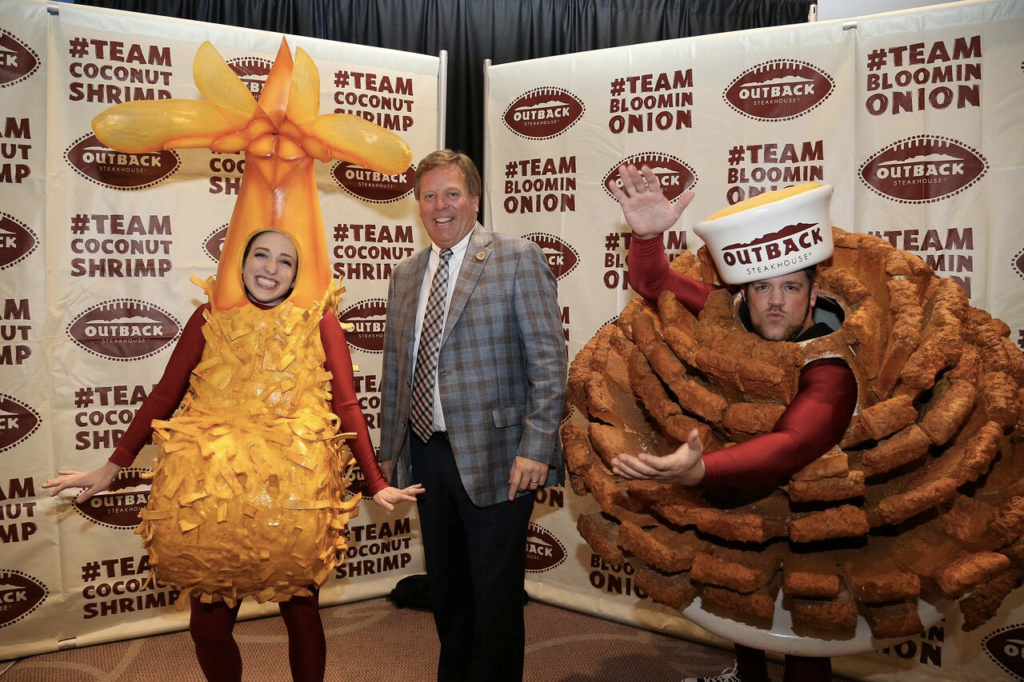 Goodyear Cotton Bowl Classic: Wisconsin 42, Western Michigan 24 – Tough world when you go 13-0 and can’t get out of Kalamazoo.

Rose Bowl Game presented by Northwestern Mutual: USC 49, Penn State 31 – Had the season started in October, USC would have been a playoff team. Same goes for Penn State – and that’s why college football’s regular season is great. Each game truly does matter.

Big Ten, ACC, Pac-12 Alliance Is Embarrassing For The Sport

The corroded landscape of college athletics continues to shift and move at a torrid pace. It may be hard to keep up with all of the conference realignment and general rule changes. But there has […]

Will This 2020 College Football Season Have An Asterisk Next To It?

There is so much about 2020 that we don’t yet know. Who will win the election. How many of our fellow citizens will ultimately suffer or die from COVID. The ways in which all of […]