Or to the uninitiated, Won zero, lost eleven, and tied, 6. All those years watching Sesame Street paid off. I can spell the numbers, as well as write them. Not that it takes much effort, they are seared into the Portland Timbers psyche.

The 2015 MLS Cup winners became only the eighth team in MLS history to go a whole regular season without a win on the road. The heroes, quite literally, went to zero. It proved De La Soul’s claim that three is the magic number, to be wholly correct. Three points was the gap to qualifying for the knockout round. Three was also the tragic number.

It may yet be a blessing in disguise. In the middle of that run, finding the answer is not always easy. The longer the streak continued, the harder it became for Caleb Porter to get the record out of the players’ minds.

Come the end of the last regular season, the breathing space needed to find the solution arrived. And the fruit of that time has already been harvested; a 1 – 0 win in LA on the first road trip this campaign was the shot in the arm needed.

Confidence is a key component to any successful team; Portland Timbers are no exception. While last season set a low-bar for improvement this time around, is a better benchmark the 2015 campaign?

With the Sounders to follow, a win is vital to change the frame of mind. That said, there is no reason to be despondent. The Western Conference is tight; one point, one win and just three goals separate the top four. No-one is yet forging a clear gap as Toronto has in the Eastern conference. 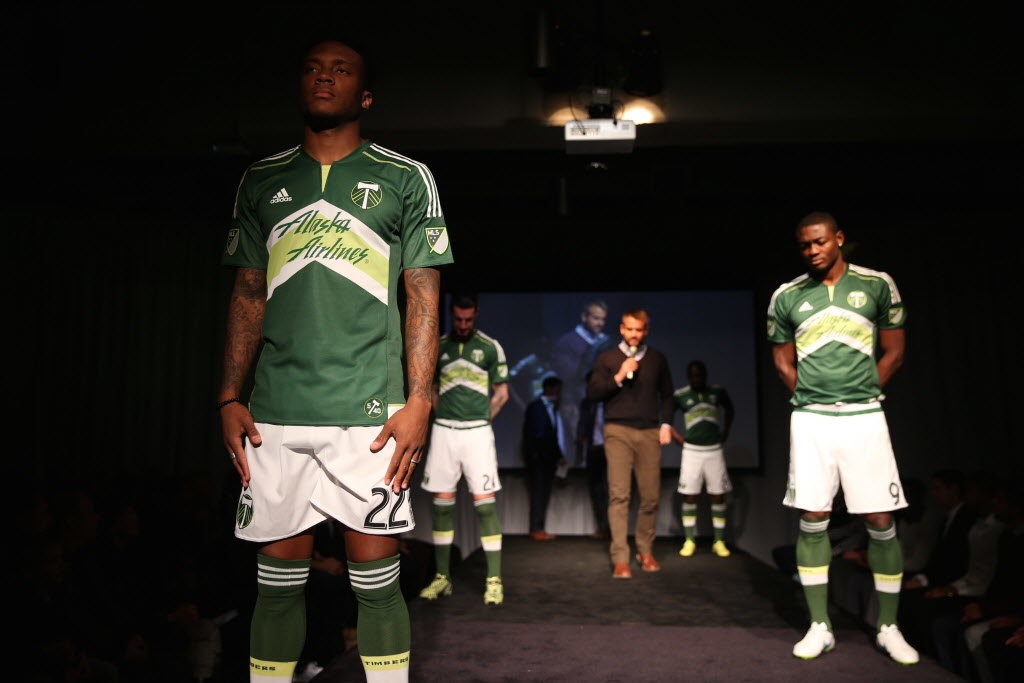 The Biggest Strength is Knowing Your Weaknesses

Porter identified last year’s woes as a lack of depth in the squad. He rectified that by not just adding numbers, but more importantly, quality. David Guzman, the Costa Rican international and former Deportivo Saprissa midfielder, arrived, bringing a wealth of experience at club level, as well as 26 caps for his country.

At the same time, Sebastian Blanco arrived from San Lorenzo with a different skillset and experience. He’s played in Ukraine and England, as well as his homeland; it’s an adaptability which is serving the Timbers well. While ostensibly a central midfielder, his abilities allowed Porter to use him on the flanks but transition seamlessly into the central attacking midfielder role.

That is the depth Porter wanted; it’s the depth the Timbers need to improve year-on-year. It’s paying dividends. The 2016 Timbers couldn’t cope with key players being out. Now there is a strong attacking unit with Darlington Nagbe and Fanendo Adi complete a strong offensive unit.

There’s a clear intention that offense is the best form of defense, which is just as well with the back unit not as well-stocked as midfield. Guzman and Chara form a solid defensive midfield wall but reinforcements of their quality are thin on the ground in the Timbers squad.

It is not an issue when, as they like to do, Portland get on top in a match. The Timbers are at the best swarming over opponents like wasps on discarded fruit. Though not infallible by any means, the defensive frailties were exposed several times already this season.

Crashing in San Jose was one thing but three games – Columbus, Dallas, and New England, has seen Portland drop leads and not win; It’s a reason why the Timbers are 15/1 odds with Betway Sports as of 15th May, for the MLS Cup in 2017.

A hint that things are going well for the club at the moment is the ‘Sold Out’ signs hanging over the ticket office for every home game. That, a season ticket waiting list of 13,000 and a $50m investment in Providence Park to add 4k extra seats underline the goodwill toward the team.

It isn’t easily earned; fans like to believe that something is building and with the Timbers despite the recent winless streak, there is a sense that this season offers the opportunity of post-season success. Get into the knockout stages and anything is possible.

The Portland Timbers lost 2-1 to the Colorado Rapids this weekend in Colorado. Colorado has built a fortress at home, going undefeated last season with a record of 11-0-6. Over the course of those 17 […]

Diego Valeri scored both goals against San Jose in the Portland Timbers home victory last weekend, bringing his goal tally for the year to eight. Tack on another four assists and the Argentinian fan favorite […]

December 3, 2018 Jesse Morse Portland Timbers Comments Off on The Language Of The Game Is A Perfect Book To Read Prior To The MLS Cup Final

Anyone that had the pleasure of watching the Portland Timbers home-and-away tie with Sporting KC in the MLS Cup Semi Final couldn’t deny the special brand of excitement that only soccer matches seem to bring. […]