For once, it looks like the sports gods are shining down on the city of Seattle. The ownership group of David Bonderman and film producer Jerry Bruckheimer officially applied for Seattle to receive an expansion team, and paid the $10 million expansion fee that came with it.

While nothing is totally set in stone, it sure looks like Seattle will one day be home to the NHL’s 32nd team. With the recent addition of the Las Vegas Golden Knights, the NHL currently has 31 teams, so a Seattle franchise would even out the league.

Not only that, the Oak View Group was approved to renovate KeyArena by the Seattle City Council in December and plans to be finished just before the 2020-2021 NHL season.

There are still some questions to be answered. How successful will the ticket drive be? How will the NHL divisions be aligned once Seattle enters the league? Is there really a natural hockey fan base in Seattle?

But there is one question that overshadows them all. What will Seattle’s hockey team be named?

People love nostalgia, so it makes sense that a segment of Seattleites would want to name the expansion team after the 1917 Stanley Cup Champions. That said, the Metropolitans would not be the best name for a Seattle NHL team.

The name ‘Metropolitans’ sounds outdated for a sports team in the 21st century. It reminds me of the Rochester Royals or the Houston Colt .45s. Also, there is nothing about the name itself that relates to the city of Seattle.

Another issue is that people naturally shorten the name and call them the Mets. Since a professional sports team called the Mets that already exists, it would be a better idea to come up with an original name.

We can remember the Metropolitans, but it is not necessary to name the team after them.

When I first saw this name I was excited. The name ‘Seattle Sockeyes’ smooth alliteration pleased my eardrums, and it would be named after the Sockeye salmon that are native to Washington State.

Perfect! We have a name for the new NHL team … Or so I thought. 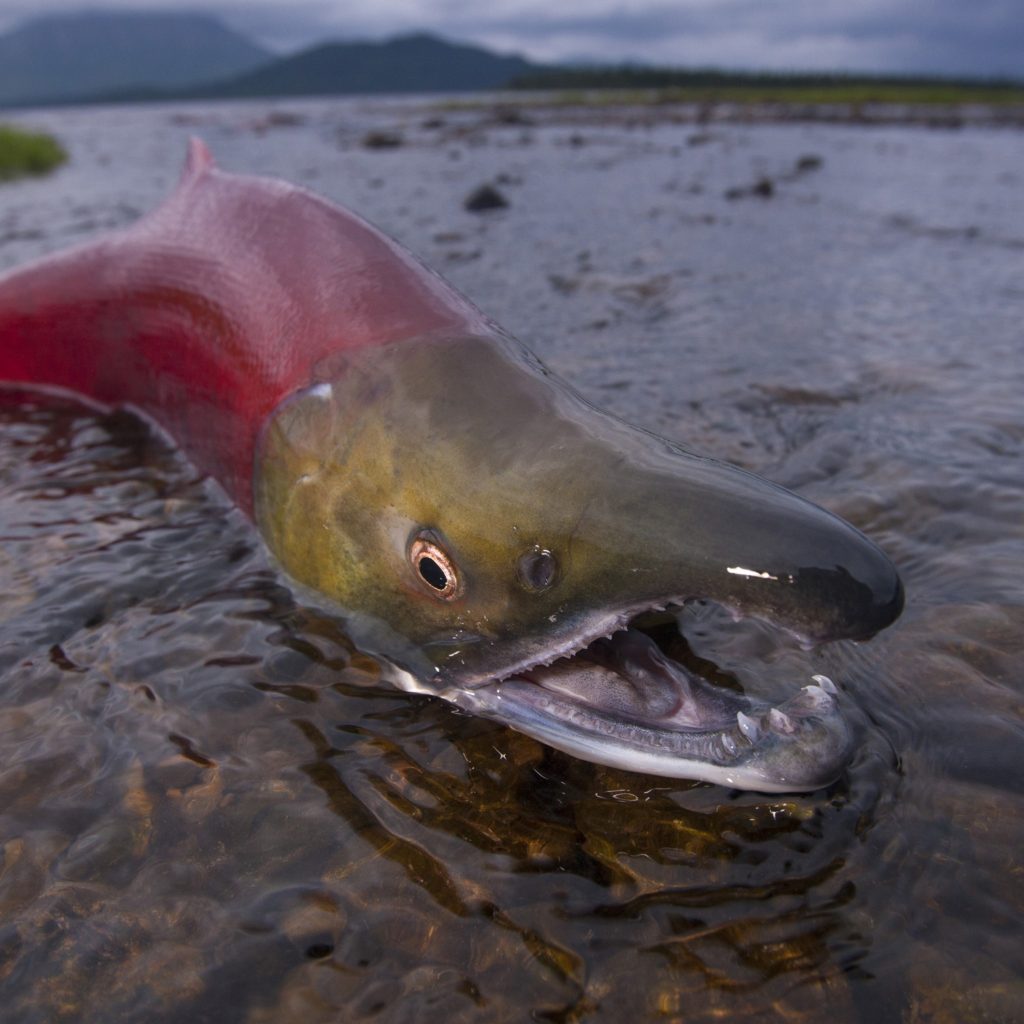 That’s a picture of a sockeye salmon – one of the ugliest fish I have ever seen.

I’m sorry, but how is anyone going to make a cool logo out of that? It’s a great animal and the name sounds good on paper, but the fish is just too ugly to pass. Swipe left on the Seattle Sockeyes.

I don’t know how this name came to light, but I’m all for it, mostly just to hear the PA announcer yell “RELEASE THE KRAKEN” at home games.

Really? Maybe a better idea would be to not name it after one of the main universities in Washington. Plus, if the Seattle Cougars are anything like WSU, then they won’t win many games, so don’t ‘Coug it by having that be the team name.

Solid choice, but the name ‘Rainiers’ is already taken by the nearby Tacoma Rainiers, the Triple-A affiliate of the Seattle Mariners.

I like this name, as long as it is done correctly. That means no racist native American mascot, no comically offensive logo, and please, for the love of everything holy, no tomahawk chop in the arena, let the Chiefs and FSU keep that.

This is the best name for the team. The name is unique, while still sounding cool enough to be considered a name for a professional sports team. A green logo of an emerald would look cool and it obviously pays homage to Seattle’s nickname as the Emerald City.

A good name for most of the same reasons as the Emeralds, and while I personally like the Emeralds better, you cannot go wrong with the Evergreens.

So there you have it, the Seattle NHL team should be named the Seattle Emeralds or Seattle Evergreens, sorry Sockeyes and Metropolitans advocates.

Other possible names listed in this article

About Mark Harris 10 Articles
Mark is a 2018 graduate of Arizona State University and has a strong passion for Seattle sports. Originally from Tacoma, Mark has fond memories of the 2013 Seahawks team and will alway remember when he saw Felix Hernandez pitch a perfect game in person. He constantly complains about the Mariners' 16 season playoff drought and the Sonics departure from the Pacific Northwest, but always hopes for the best. Outside of sports, you'll find him quoting The Office at inopportune times or sharing Spongebob memes on social media.
Twitter

Five Biggest Questions On Expansion In Portland And Seattle Answered

Well dear readers, some of you may have noticed the very noticeable lull in sports action since the NFL season ended and the Super Bowl hasn’t happened yet, the MLB season hasn’t started yet, and […]

Rooting For Seattle Hockey Will Be Easy … But Who Are We Rooting For?!

Raised an avid Chicago Bulls fan in Illinois, I will openly admit that my least favorite thing about living in Seattle is our lack of an NBA team. After six years of residency here, I […]

The Stanley Cup Playoffs begin tonight five games on the networks of NBC, and this year’s tournament brings some supremely good news: Canada, after missing out entirely this year, is back. Five of Canada’s seven […]