I did it! I finally cut the cord to cable TV!

As a sports fan, this was a difficult, yet necessary decision. Difficult, because I no longer have the same options to watch all my favorite teams. Necessary, because cable is too damn expensive.

The pros and cons to cutting the cord as a sports fan are obvious and sometimes substantial. This can depend on your level of fandom, as well as what teams you follow. So, if you are thinking of cutting cable loose, let’s look at what options might best for you. You might also want to read these cable tv statistics 2020, they go into the benefits and drawbacks off cutting your cable, plus many other interesting facts regarding cable TV and the future of streaming, etc.

Let’s begin with what you need to rid cable in the first place to set yourself up for a new dawn of television watching.

First: Get a smart TV if you can. What? You don’t have a few hundred dollars lying around? If you don’t, you may think about buying a Roku or Amazon Fire device that will support most internet TV options out there. Has long as your TV as a USB input, you should be fine. If you still have a square TV, then we need to talk about some of your lifestyle choices.

Second: Purchase an antenna so that you can get all the major broadcast channels (ABC, CBS, NBC, and FOX) for free. Not only will your local news stations be free, but the picture and sound quality is likely to be better with an antenna. Also, you get more channels than you normally would receive using a cable subscription. Sure, these extra channels are mostly just old TV shows, but on Sunday nights I can watch old episodes of Mystery Science Theater 3000, so that’s a bonus! Antennas are relatively cheap; $40 can get you a good, quality antenna.

Third: Make sure you have decent internet. Right now, I still have Comcast. So, I haven’t completely cut my old cable provider off. But, I do have options and I intend on looking.

Fourth: Scout your internet TV options. These are the most common: PlayStation Vue, Hulu, Sling TV, and DIRECTV Now.

Yes, you may find you are paying for a lot in the beginning, but once you snip the cable cord, the savings will start to add up fast.

Now, let’s see what’s available for what type of fan you are.

Watching the Trail Blazers is the only team that I really, really, really cared about being able to see every game and was a deal breaker if I couldn’t find a way. So, if I was going to cut cable I had to find an option that included CSN. There are two options out there that I have seen: Hulu and PlayStation Vue. I personally went with PlayStation Vue because they offer more channels for a still somewhat low price of $45 a month (up $10 thanks to a recent price hike). 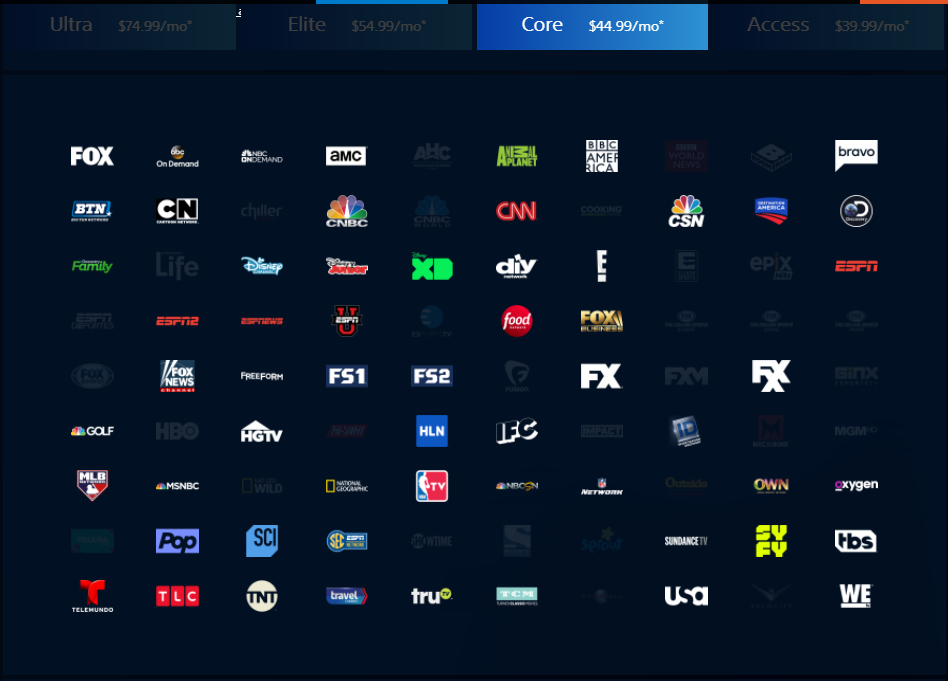 With Vue, you still get ESPN, ESPN2, FS1 and FS2 along with other channels that carry a variety of sports such has TNT, TBS and FOX. More importantly, this allows me to still watch every Blazers game next season. While PlayStation Vue works for both Amazon Fire and Roku devices, go with Amazon Fire where Vue’s guide is much more user friendly than the archaic version on Roku.

If you are a die-hard Timbers fan, doing away with cable may not be for you, unless there is a local bar you can go to regularly that carries Root Sports where most Timbers games are broadcast. Besides, with all the money you’ll be saving by not paying for cable, you may be able to splurge a bit on having a night out. There are plenty of hangouts that do special events for Timbers games.

Root, so far, does not offer its channel to any of the streaming services I mentioned. But, you can still watch the Timbers at home whenever they are on FS1, KPTV, or ESPN. Root seems fairly intent on not offering their channel to any internet options any time soon, going all in cable TV and earning a special place in hell that I intend on writing about soon because Dante’s version is getting a little outdated.

The Thorns, along with the NWSL, were never very accessible on cable TV to begin with. But, the few times they are on TV is on the Lifetime network, which you can find on Hulu, DIRECTV and Sling. Unfortunately, for me, Lifetime is not available on PlayStation Vue. You can watch most games, however, on the go90.com app or NWSLsoccer.com. If you are a Thorns fans, your options are varied. Cut the cord!

As with Timbers fans, same goes for Mariners fans, where most their games are also shown on Root Sports. If you are a die-hard, must-watch-every-night fan, then you might want to stick with cable for now.

It’s one thing to have to plan a night a week to catch a game if you don’t have cable, but the Mariners are almost a nightly occurrence. However, if the baseball gods get really drunk in the next two months and the Mariners make the postseason, you will most likely be able to catch every game on either TBS, FS1, ESPN or FOX.

Currently, most college games of any sport for Oregon and Oregon State are shown on the PAC-12 network, which does have streaming options such as Hulu as an added subscription. Again, unless you have a neighborhood watering hole you can visit for three hours every Saturday, cutting cable will be very difficult for fans of the Ducks and Beavers come football season unless you have Hulu TV.

One final note, streaming does seem to have a delay, as much as 10 seconds longer than cable. If you are watching a game that is going down to the final buzzer or whistle, and you have one of those ESPN apps that chimes in with the final score of the team you are watching, you might want to turn those notifications off if you don’t want to have the ending ruined before you actually see it.

As you can see, cutting the cord and your willingness to do so depends very much on who you follow and how much you follow them. Root Sports and PAC-12 offer little options besides cable TV, and for me that was a hard fact to swallow when I made my decision. But, the hurt will lessen when saving an extra $100 a month.

If you a Blazers or Thorns fan, the decision is much easier. Just do it.

Canceling, changing, or even pausing your internet subscription is less stress inducing than cable. Sure, you don’t get all the bells and whistles as you do with cable and a fancy DVR box, but streaming sites are coming out with more options every day and will continue to do so.

The decision to go to internet TV is a growing movement. If you can, this is one crusade I would strongly suggest following. Just be sure to do your research.

July 25, 2019 Paul Redman Pop Culture Comments Off on The Age Of Cord Cutting – Watching Sports on YouTube TV And Other Media In 2019

There was probably an age, a very long time ago, when all you needed to be a sports fan was a television set or a transistor radio and a trusty antenna.  When things didn’t go […]