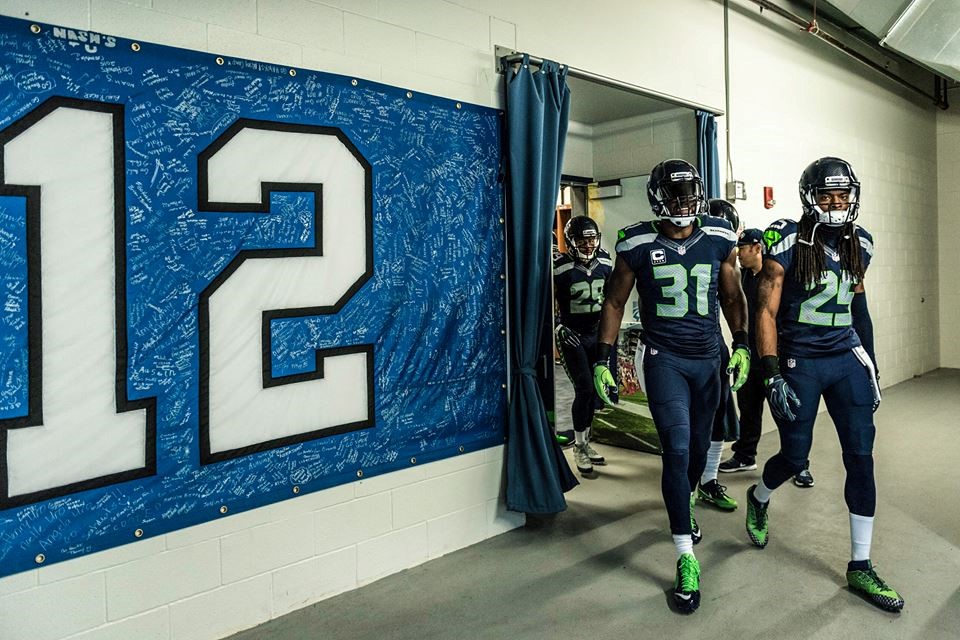 The Seattle Seahawks are notoriously slow starters but it would be foolish to write Pete Carroll’s side off in the race for the Super Bowl. National Football League fans have been disappointed with Seattle so far this season and the Seahawks have struggled to inspire confidence on both sides of the ball. But despite their difficult opening to the 2017 season, the Seahawks will almost certainly be in the mix come the playoffs…

The NFC West isn’t what it used to be. First of all, the San Francisco 49ers are attempting to rebuild and success looks unlikely at Levi Stadium. You could argue that the Los Angeles Rams have shown enough potential to challenge in the division but inconsistencies continue to haunt them; Jared Goff is still learning and developing. Meanwhile, the Arizona Cardinals are also struggling and David Johnson’s injury has affected their offensive prowess.

Seattle are arguably the best of a bad bunch and Carroll will be confident of leading his side to yet another NFC West title. In recent years, the Seahawks have dominated the division and it wouldn’t be a huge surprise to see yet another celebration at CenturyLink Field in the coming months. Oddschecker are showing the Seahawks at around 14/1 to win the Super Bowl this year – those are the best odds you will find if Seattle put a run together.

Russell Wilson is talented enough to lead the Seahawks back to the Super Bowl – there’s no doubt about it. With Jimmy Graham and Doug Baldwin offering competent options in the passing game, Seattle have receivers who can help bridge the gap to their sub-par group of running backs. That offensive line is still woeful though, you could even claim that it is one of the worst units in the National Football League…

Traditionally, Seattle’s biggest strength has been their defensive stability. The “Legion of Boom” has failed to get going early on this campaign, allowing an average of just under 20 points per game through Week 3. The likes of Kam Chancellor, Richard Sherman, and Jeremy Lane have all been very ‘un-Seattle-like’ so far this campaign and Seahawks fans will be wary of a potential collapse due to a lack of confidence.

The Wilson-Carroll combination flourished a few years ago and you’d have to fancy Seattle to bounce back in the coming months. In recent times, the Seahawks have tended to build momentum when it matters most of all; near to the playoffs. If Carroll can get this Seattle defensive unit firing on all cylinders once again, the NFC West champions could be involved in yet another conference title game at the very least. Offensively, Seattle may struggle but with a top defensive unit, they can succeed.

The new NFC West. Suddenly the Rams and 49ers have offensive masterminds while the Seahawks and Cardinals can barely score.

A favorable run of fixtures against the Indianapolis Colts, the Rams, and the New York Giants awaits. Three victories in those contests will change the entire complexion of the 2017 season for Seattle – and they know it. Four of Seattle’s first six games are on the road and a return to CenturyLink Field after that may be welcomed. Don’t write the Seahawks off just yet, they still possess the pieces to challenge at the top of the sport.

Who Should The Seattle Seahawks Draft This Year?

The Super Bowl is over and now the entire NFL is in offseason-mode. One of the next big events I look forward to is the 2018 NFL Draft in April. It is one of the […]

It’s August, and along with the thundering roar of the Blue Angels screeching over Lake Washington for Seafair, the unmistakable feeling of football is in the air. In fact, the first NFL preseason game was […]

Seattle Seahawks Off-Season Primer – All Set In The Backfield

When the Seattle Seahawks went to the Super Bowl in 2013 and 2014 they had the reliable combination of Marshawn Lynch and Russell Wilson play all 38 games (regular season and playoffs). With Chris Carson […]