The transition game always suited Antonio Harvey throughout his career on the court, so last June after Harvey received the unfortunate news that his radio broadcasting position with the Portland Trail Blazers was being eliminated, it took him only a matter of minutes to realize this was not only best for business for the Blazers, but Harvey as well.

“I was not expecting that news when they called me in but I quickly accepted it and adapted. I have no ill will toward the organization at all,” said Harvey, who began calling Blazers’ games in 2005.

“With one year left on my contract, I had been contemplating making the move away from the game and transitioning into my new business full-time. They just helped me along a little sooner, but I am forever thankful for my time with the Blazers and the organization as a whole from my time as a player and broadcaster.”

For those around Rip City, Harvey’s story is well-documented as the former wingman of longtime Blazers radio announcer, Brian Wheeler. A native of Mississippi, the 6-foot-11 forward went undrafted out of Pfeiffer University in North Carolina after attending both Southern Illinois and Georgia, eventually building an NBA career that would span 23 seasons (Los Angeles, Vancouver, Seattle) and include stints overseas (Italy, Greece, Spain) and minors as well (Harvey began his pro career in 1993 in the USBL and also played in the CBA). Through it all, Harvey has always remained a fan-favorite, personable and someone who has learned to adapt to whatever life throws his way.

“I guess you could say I am a free agent of sorts. I will always be around the game, but right now at this time in my life, my focus is all on my family and the farm and I am loving it.

“It has always been that way. I have always survived and adapted – from attending three universities to working my way into the NBA with a long career, and even now as I put my everything into my family and business.”

Antonio and his wife, Jennifer Speer-Harvey, own and operate Terra Mater Farms in Canby, Oregon and was one of the first eight businesses in the state of Oregon to receive a license to grow recreational marijuana. With high quality and a wide natural selection of cannabis (clean grown without the use of synthetic pesticides and fertilizers), business is booming for Terra Mater and growing at a rapid pace thanks to 132 acres nestled away in Clackamas County. Even if Antonio and Jennifer decide that they want to grow more plants, they could find more at weed-seeds.ca and have more of a variety, which allows them to have options. That’s always a bonus when it comes to a business in this industry.

That numbers tell the story. According to the State of Oregon, the Oregon Liquor Control Commission initially believed $18.4 million in tax revenue would be projected within the first two years of annual cannabis sales. This included variants such as the pink tuna strain and other products. That was back in July 2015, when adults could legally posses “limited quantities of usable recreational marijuana”. By the time November 30 rolled around actual tax payments had exceeded $54 million.

This is Harvey’s reality now away from the game, a whole new kind of normal.

He wakes up at 6 am every day, grabs his coffee and breakfast and attends his morning planning meeting with his brother, Richard, who is part of the experienced staff at Terra Mater. Antonio aims to be at the farm by at least 8am and is hands-on in all aspects of the business, from trimming plants to helping shape the company’s message on its social media channels.

But there comes a time in the day where even business takes a back seat to his family.

“Once 3 o’clock hits, I shift my attention to my family,” said the proud dad of four children (Trevor, Aryana, Kameron, Keenan).

“I couldn’t have done that during my playing days or even calling games. Instead of watching games, I’m off playing video games with the kids and giving them my attention. I can honestly say I have only seen one Blazers game on TV this season over Christmas. I know they are not as good as last season, but that’s the extent of my analysis. It’s just not where my attention is these days. ”

While Portland is busy battling to get back to .500 this season, Antonio is not too far away from the game helping coach basketball with his middle son, Keenan.

“I would love to coach at the high school level. With my experience, I hope I can offer a high school team and players the chance to really grow in this game that has given me and my family so much. I just need that opportunity.” 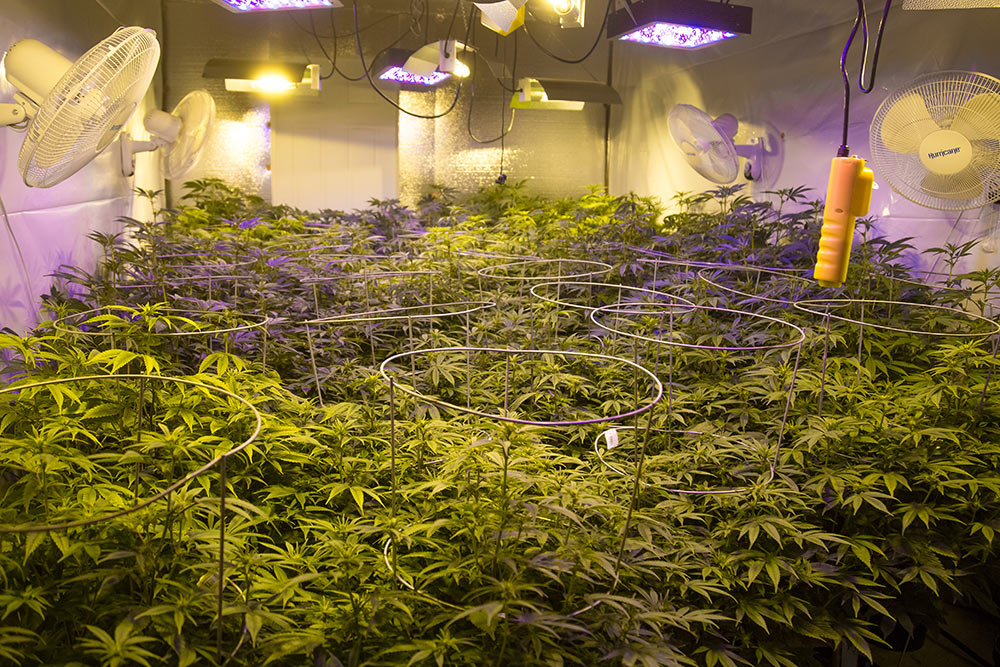 Harvey realizes the position he is in.

It’s one that remains taboo with some parents and places restraints on options for Antonio making that move into coaching at the high school level knowing that Terra Mater and the business of cannabis is one many – even in Oregon – are still trying to wrap their heads around. Unfortunately, stereotypes are not easily uprooted, yet just as Harvey has adjusted to setbacks throughout his life including his dismissal from the Blazers, he hopes he can help bridge the gap educating people about the benefits of marijuana on both a recreational and medical level.

“I believe in this plant and how it can help provide relief to those in pain. I am approached all of the time from people wanting to learn more about cannabis and growing at home and my big thing is to make sure people are educated on the facts. I’m not pushing my beliefs on anyone, particularly smoking marijuana at a young age which I do not condone, but I do want to make sure people know this information is readily available to them and to make their decisions based on what they have learned. Take cannabinoids for example – they are responsible for marijuana’s effects on the body. That’s one thing I hope people take away from this….that you already have cannabinoids in your brain, in your body that are similar to what is found in cannabis. It’s very valuable information here we are sharing to those open to understanding.”

Harvey has not ruled out venturing into producing more cannabis-based products in the future. The market for cannabis smoking equipment such as glass pieces and other marijuana accessories is thriving and it is undeniable that there is a huge amount of potential.

For now, though, Harvey finds himself in a unique position, one he gladly welcomes through his advocacy (NBA alum Cliff Robinson and former NFL pros Ricky Williams, Kyle Turley also share the stage). Not only does Antonio bring a wealth of basketball knowledge to the table but business-wise, the man is simply at the right place at the right time with Terra Mater.

“I guess you could say I am a free agent of sorts. I will always be around the game, but right now at this time in my life, my focus is all on my family and the farm and I am loving it,” Antonio said.

“That’s what matters the most to me.”

The Portland Trail Blazers have crossed the threshold. There is no more running it back. No more hoping Damian Lillard, Joseph Nurkic, CJ McCollum, and whatever pieces you throw around them are enough to carry […]

For years now, everyone has advocated for the Portland Trail Blazers to get Damian Lillard some help. I’m going to stop doing that and ask you to do the same. Lillard has the help; he […]